I wish I remembered who recommended Cowboy Bebop to me because it’s one of my favorites, sparking perhaps the biggest internal debate I have ever experienced within my quirky, nerd-filled brain. “A forgotten piece of history,” they said before claiming, “it’s a masterpiece- perhaps one of the greatest anime of all time.” I thought they were crazy, a delusional fan obsessed with an anime no one else cared about- it was the first time I heard of the show. Then, the second glimpse of the show I got was from TikTok, a short yet somber clip of Spike Spiegel staring out a window, lost in the abyss of space sprinkled with glistening dots- my interest was peaked. The show seemed sad- like it had a “deeper” identity that many anime don’t have, focusing primarily on internal conflict. So, I did what any curious person would do- I googled it, and, to my surprise, this was an anime that many others claimed was one of the industry’s best, like the forgotten individual I had doubted. And, well, after seeing the high praise (and short episode list), I decided to see for myself if this show stacked up to the hype or if it’s just another overrated anime.

What separates Cowboys Bebop from other anime is its atmosphere combined with the depth of the characters. As a viewer, you’ll constantly find yourself saddened by every somber episode with just enough comic relief to distract you from some of the darker undertones. Spike is always slumping around the screen with a cigarette, hands covered by the denim of his pockets, and grudgingly avoiding his past. Jet is always angry about something relating to the rusting spaceship or contemplating his life decisions. Then, there’s Faye, an impulsive narcissistic woman that gambles and obsesses over her appearance to distract herself from the trauma of remembering almost nothing about her past. These characters are broken by a theme of regret, and when combined with the swallowing black of space- it works. Then, when the more mature tone of the show presenting the viewer drugs, countless sexual advances, innumerable massacres, the show gels superbly. In fact, director Shinichirō Watanabe produced an anime that operates on the same level as a V8 engine. From beginning to end, the show has an identity- the characters are dysfunctional, the surrounding universe unforgiving, and the ship’s integrity is compromised as Ed and Ein serve as the only consistent source of happiness.

However, the show has its disappointments, the main issue being that the show is so short. Originally, Cowboy Bebop was supposed to be a movie before transitioning into a series- and, unfortunately for Watanabe, his vision of the show would be deemed too mature by Bandai, resulting in the show’s twenty-six episodes. Quite blatantly, it’s sad to see these characters only live for twenty-six episodes, especially after experiencing such potential. This group of characters could potentially be the deepest, most captivating protagonists in all of anime, and it was cut short. Then, there’s the other minor gripe I have, and perhaps it’s just an effect of the show only having twenty-six episodes. In anime- much like other mediums- character development is crucial, but the filler is only a technique used to give the show the feeling of the passage of time. Of course, “filler” is a hard word to use for such a short show, but it’s the word I have chosen for a lack of a better one. Spike’s history with the crime syndicate and how that history is slowly creeping up on him, Jet’s past as a cop, Faye’s car accident and cryogenic sleep, Ein’s origins of being experimented on, and Edward’s backstory as an orphan are what the viewer wants to see. Sure, we get them, but it’s not fulfilling, and perhaps that’s what makes the show fascinating. Either way, many of the already dwindling episodes are forgetful since they don’t focus on those plotlines.

Watanabe knew what Cowboy Bebop was. He knew what he wanted to do with the series and its identity, but world-building simply troubled the anime. Well, perhaps “troubled” isn’t the right word, but instead, “hindered” might be better. With a show like this, investing time in developing the galaxy surrounding the characters is necessary, or the world they exist in will seem horribly flat- it’s only natural that the investment would take away from character development. As a viewer, you want to see Spike’s past- you want to see more of Jet being a cop before a bounty hunter and Faye’s past before the galaxy became what it is during the anime. However, time from these plotlines are held from viewers, focusing on developing a vast solar system. I suppose you can call it “filler,” and either that or “world-building” are probably the best terms you can label these episodes with, and unfortunately, they kind of mesh together, and Cowboy Bebop is bland at times.

Now, does this make the show bad? Absolutely not, it just slows the pace (which isn’t necessarily a bad thing), but, most of all, these “world-building” episodes tend to fall under the same structure plot-wise and introduce characters that either die or are never seen again with little impact on the greater plots at hand. Yet, I still think Cowboy Bebop is a masterpiece, an anime that isn’t quite like the others. It’s so sad- you almost feel the dysfunction in every character throughout the show, sense every insecurity, nervous tick, or frustrating trigger each of the protagonists portrays. It’s truly a shame that Cowboy Bebop is an unfinished product because the development of the main characters is stunning, with writing only behemoth anime such as Naruto can hope to achieve (after almost 1,000 episodes across the combined shows). Sure, viewers may not seem as attached to Spike as Naruto due to the raw quantity of episodes, but the writing invested in Spike and the rest is on par with much of the cast from one of the “big three” anime. In fact, I would go even further to say that if Cowboy Bebop had been just fifty episodes, more people would speak about it in high regards, and, if it had been one-hundred, Cowboy Bebop would have one of the best groups of characters in all of anime. And that is what keeps me up at night.

Blue and Gold: Where The Two Best Friends Started

Maestro And Immortal Hulk: Two comics Leading Us Into A New Era Of Hulk Comics

Black, White, and Blood: Are They Worth Reading? 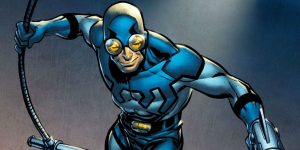